Welcome to the dedicated GB blog post dedicated to the robust rodents that hail from South America.

These little guys are known for their thick fur coats, which keep them warm in the chilly mountain air.

Chinchillas make great pets and are popular among rodent enthusiasts.

Buckle up because we're about to explore everything you need to know about chinchillas! The first thing you'll notice about chinchillas is their thick fur. This coat is not only soft and luxurious, but it's also waterproof.

An average chinchilla has 20 to 30 different fur follicles per square millimeter - that's more than most other animals!

Their fur comes in a variety of colors, including black, white, beige, and gray.

Chinchillas also have round ears, which are very sensitive to sound.

Chinchillas are herbivores and their diet consists mostly of hay, pellets, vegetables, and water.

They should have hay available at all times as it provides them with the necessary fiber for their digestive system.

Chinchillas also need a balanced diet that includes pellets, which are high in fiber and vitamin E.

Some good vegetables to give your chinchilla include broccoli, carrots, and green beans.

Chinchillas should have access to fresh water at all times.

A chinchilla's diet should be high in fiber and low in sugar to prevent them from getting overweight.

Males and females usually live together in pairs or small groups, and the male will help take care of the young.

Gestation lasts for 111 to 112 days, and chinchilla mothers give birth to one to six kits.

The young are weaned at around four weeks old and are fully independent by eight weeks old.

Gage Beasley's Chinchilla Rodent Soft Stuffed Plush Toy is ready from the get-go, though! These cute little fellas are ready to be hugged during a cold night, a stressful study session, or just through a good, relaxing day. Justice has been served! A cute plushie for a cute animal! Chinchillas are native to the Andes mountains in South America.

They are also found in the arid, rocky regions of Chile, Peru, and Bolivia. 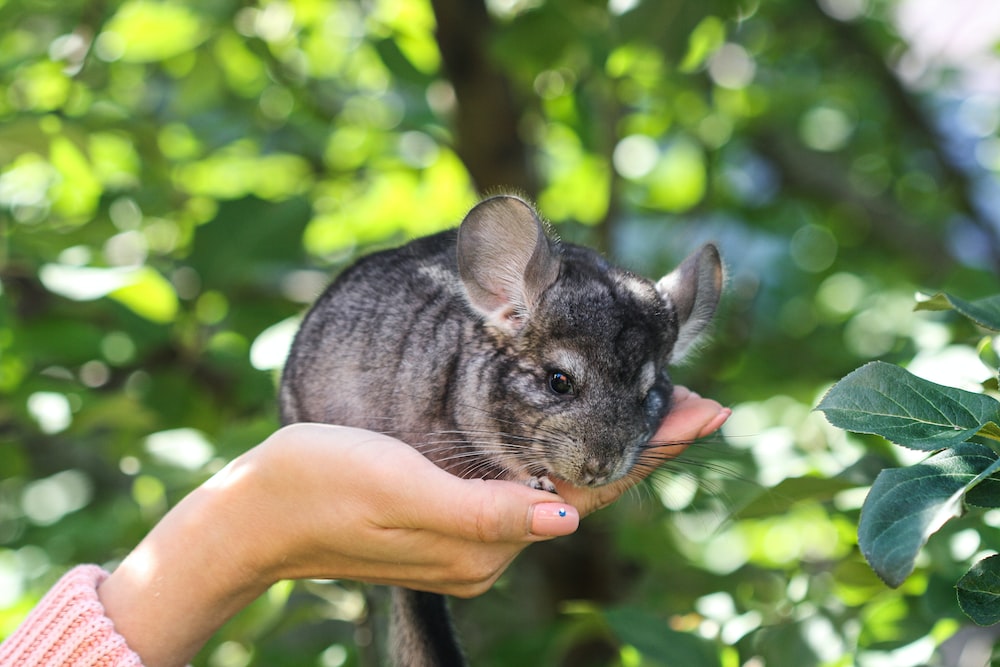 Chinchillas are currently listed as a species that is near threatened by the IUCN.

The main threats to their survival are hunting for their fur and habitat loss.

Chinchillas are also very susceptible to diseases, which has led to large population declines in the past.

Fortunately, chinchillas are now protected by law in their native countries of Chile and Peru.

Chinchillas are unique and interesting animals that make great pets.

They are native to South America and have thick fur coats that keep them warm in the cold mountain air.

Chinchillas need a diet that is high in fiber and low in sugar, and they should have hay available at all times.

They reach sexual maturity at six to eight months old and have one to six young.

The main threats to their survival are hunting for their fur and habitat loss.

Fortunately, they are now protected by law in their native countries of Chile and Peru.

Thanks for reading! I hope this gives you a better understanding of chinchillas and their unique biology. For more information, be sure to check out the links below. And as always, feel free to leave a comment if you have any questions.