Did you know that white tigers are not a separate species, but are instead Bengal tigers that have a genetic mutation?

They are beautiful animals, and their rarity makes them popular tourist attractions.

In their dedicated GB blog post, we will discuss everything you need to know about these gorgeous cats. 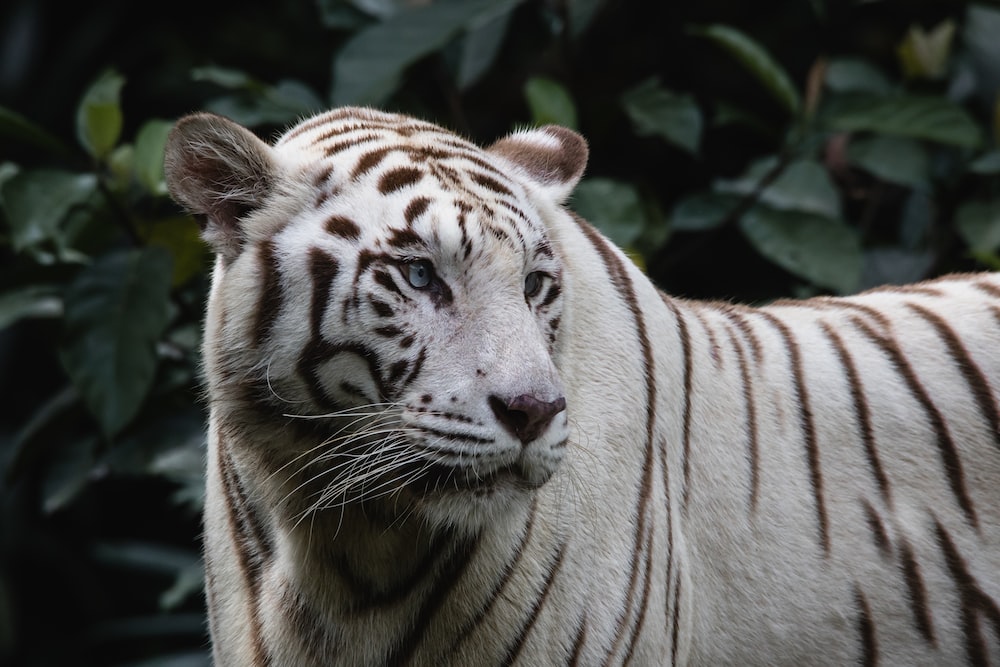 White tigers are an apex predator, and the largest member of the cat family.

Males can weigh up to 660 pounds or more, while females are typically smaller, weighing in at around 220-550 pounds.

Their striking white coat is caused by a lack of the pigment pheomelanin, which is found in orange or yellow fur.

This lack of pigment is due to a genetic mutation known as leucism.

While their white fur makes them look like ghosts of the jungle, it also leaves them at a disadvantage.

In the wild, their pale coats make it difficult for them to blend in and stalk prey.

As a result, white tigers are more likely to be killed by other predators or die of starvation.

They are also known to eat smaller prey, such as rabbits, hares, and rodents.

They use their powerful bodies to knock their prey to the ground before killing them with a fatal bite to the neck.

In captivity, white tigers are fed a diet of raw meat, bones, and whole carcasses.

They typically eat between 15 and 20 pounds of meat per day.

While their diet in captivity is different from their diet in the wild, it is still important to provide them with a nutritious and balanced meal.

Don't want to worry about balancing diets? Gage Beasley's White Tiger Soft Stuffed Plush Toy doesn't need to eat anything. However, it does need... tons of hugs—which, I'm sure, you wouldn't mind giving. White tigers are polygynous, meaning that males will mate with multiple females.

During this time, males will compete for the attention of females by roaring, urine spraying, and marking their territory.

Once a male has won the attention of a female, they will mate.

Females will usually give birth to two or three cubs per litter.

These cubs are extremely cute! Case in point: Gage Beasley's White Tiger Cub Soft Stuffed Plush Toy! It's everything you imagined a cub would be—just whiter than the others. Cubs are born blind and weigh between two and four pounds at birth.

They will stay with their mother for the first two years of their life, learning how to hunt and survive in the wild.

The typical lifespan of a wild white tiger is around 15 years. In captivity, they can live up to 20 years.

White tigers are found in the forests of Nepal, Bhutan, and India.

They typically live in areas with dense vegetation and plenty of prey.

Their habitats can range from the Himalayan foothills to the wetter and more tropical areas of southern India. 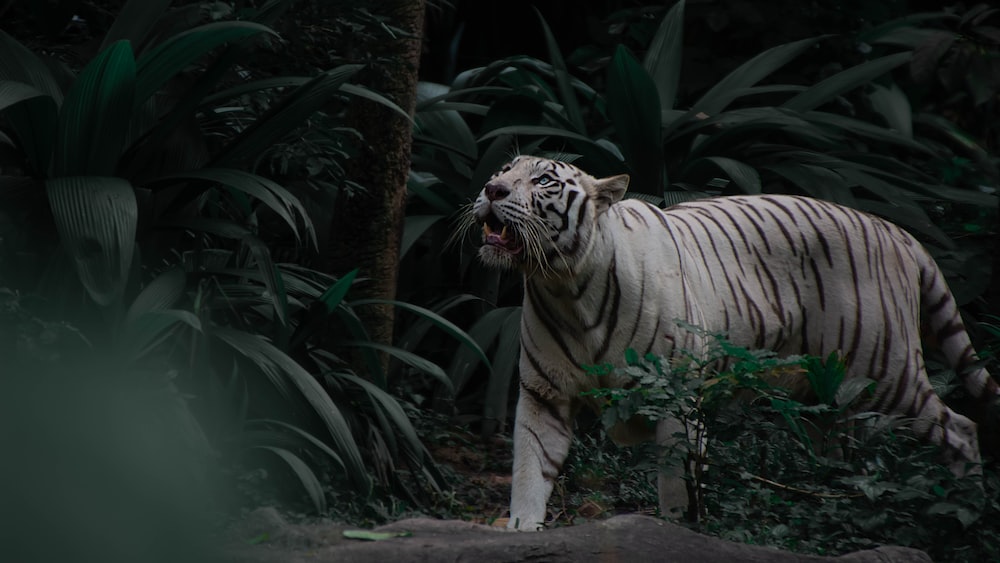 The white tiger is listed as an endangered species by the International Union for Conservation of Nature (IUCN).

There are an estimated 200-300 white tigers living in the wild.

The primary threat to white tigers is habitat loss and fragmentation.

As humans continue to encroach on their natural habitats, white tigers are forced into smaller and smaller areas.

This not only makes it difficult for them to find food and mates, but also makes them more vulnerable to poachers.

In addition to habitat loss, white tigers are also threatened by inbreeding.

Since there are so few white tigers in the wild, they are often forced to mate with closely related individuals.

This can lead to genetic defects and health problems in cubs.

While white tigers are certainly beautiful creatures, they are also fascinating animals with a unique history.

Here are a few more interesting facts about white tigers:

The white tiger is a beautiful but endangered animal.

Their unique coloration is the result of a rare genetic mutation, and their numbers are dwindling in the wild due to habitat loss and fragmentation.

In captivity, they are often forced to mate with closely related individuals, which can lead to health problems in cubs.

Despite the challenges they face, white tigers are still an amazing species worth conserving.

If you ever have the chance to see one in person, take it! You might not get another opportunity. Thanks for reading! I hope you enjoyed learning all about the white tiger!